Now you are in the subtree of  Welcome to Knowen! project. 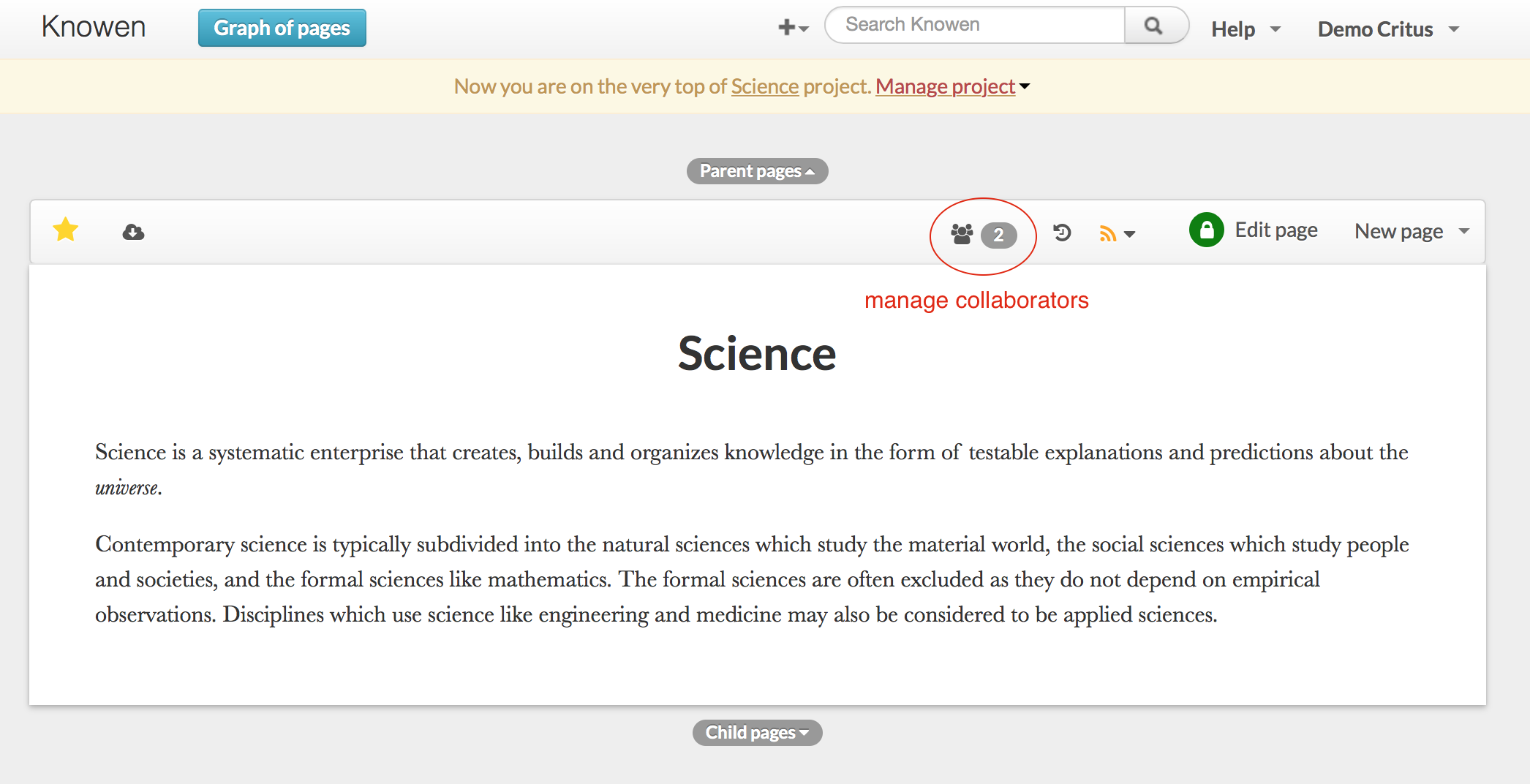 The private project "grows" by sprouting off descendant nodes. A good practice is to keep individual nodes compact; if a node grows too long to read in one sitting consider splitting off the details into descendant nodes, and keep only the essence in the current one. You will create a network hierarchy of content that will be pleasure to read and share with your collaborators.

A private project can be

These functions can be accessed from the top node of a private project. 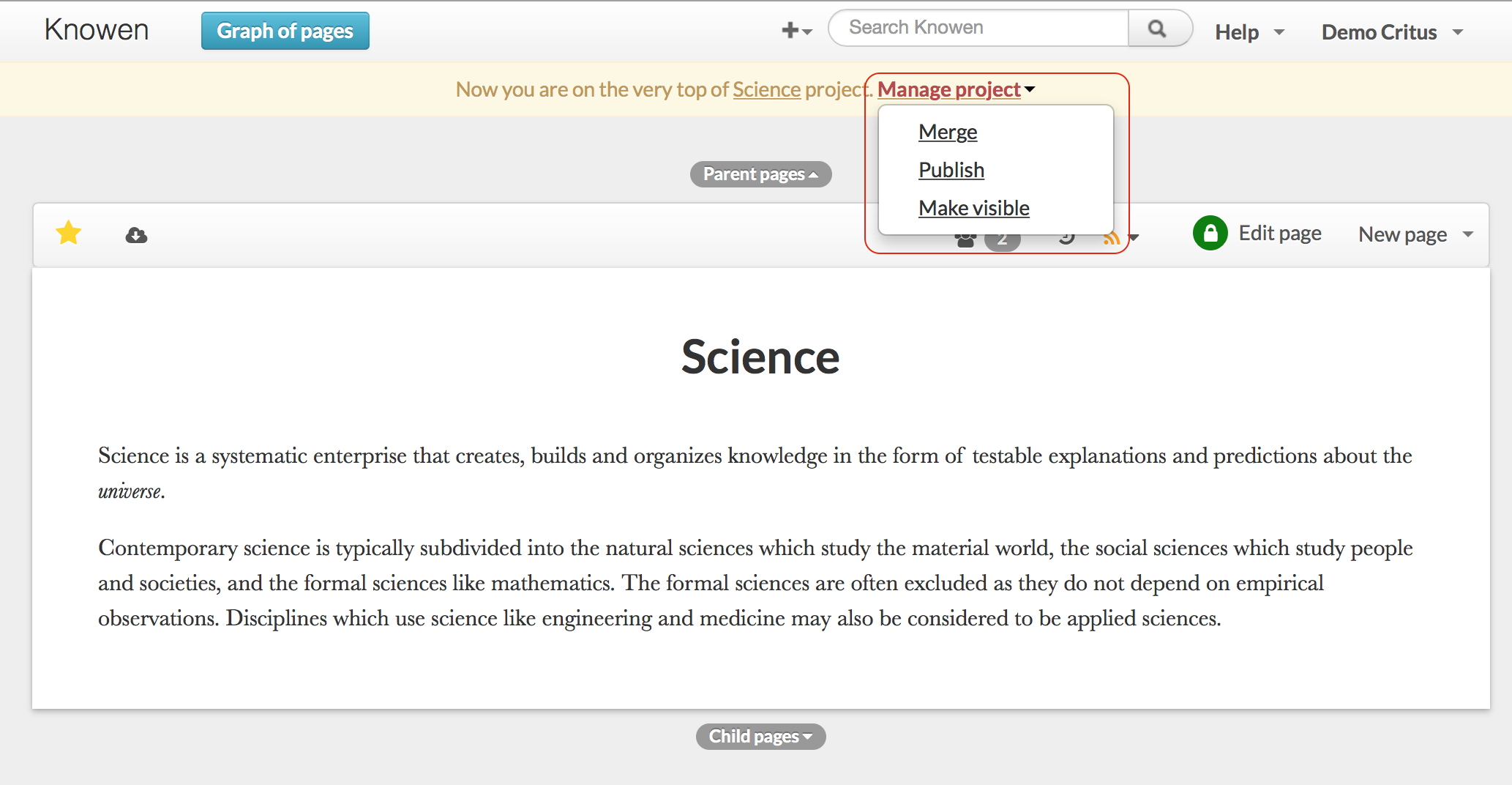 When a Private project is made publicly Visible, other users (not collaborators) can comment on the content, but not modify it. Great for collecting feedback on your projects!

When a Private project is Published, the access restrictions are completely eliminated and every registered user can not only comment on the content, but also modify it. This is a way to integrate your work into the public knowledge graph, preserving all the history of changes made by you and your collaborators.